Grandma’s Cinnamon Twists are not only yummy to eat, but also quite fun to create too. Gosh, they are so addicting! This easy cinnamon twist recipe is dedicated to my Grandma who was an awesome baker! A perfect sweet and breakfast bread that can be eaten not only for breakfast, but really anytime!

Last week, I decided to go through my recipe box I’ve had for 31 years. Interesting, it sits on my desk every day and I open it not as often as I would like. I thought it would be fun to go back and see if I could make something that maybe I haven’t made in a while.

Well, to my surprise! As I was thumbing through the bread recipe section, I found this little gem. I had totally forgotten about this recipe. Grandma allowed me to go through her recipe box and take any recipe I wanted. She knew I loved to cook and bake. At that time, I was a mere amateur 🙂 Only with a passion to learn and bake scrumptious bread treats.

The Cinnamon Twists recipe was one I excitingly took. However, I haven’t made it since the day I found it which was over 20 years ago! So crazy!

When I saw this cinnamon twist recipe, I wondered how old it was. The paper has aged with time. To me, that means it must be a classic and a retro rockin recipe. Also, I noticed in one corner it was written “Woman’s Day” magazine. Only thing, I couldn’t find the year it was published. I’m guessing maybe 1950-1960’s?

Grandma was a great baker and I love to watch her bake. One thing I remember her baking and showing me was her Nut Coffee Ring. Hmmm, maybe I will make that soon too! Also, I think she was inspirational in showing me how yeast bread was made!

A note about Womans Day Magazine, it’s kind of special to my heart because it was the first magazine I started getting in my pursuit of cooking, and I have some great recipes I have saved and made over the years.

The dough is super simple to make and very moist due to the addition of the sour cream. I smiled as I read through the directions as the technique in making this dough is one, I hadn’t seen. I can’t say I have ever heard of boiling sour cream before adding to a recipe! But it definitely worked and made amazing baked cinnamon twists.

As I made the recipe, I noticed the dough was too dry, so I added 3 TBS of water to bring the dough to the perfect kneaded “smooth as a baby’s bottom” dough.

What I love about this recipe is that it only requires ONE rise of this yeast bread! Typically, when you make any kind of bread you have TWO rises, one after the dough is made. Second, being after the dough is formed or shaped. This dough is shaped immediately after it’s mixed (not requiring any rising time of the yeast). The only rise is after the Cinnamon Twists are formed, last stage just before baking.

No doubt, this speeds up the process because and gets one of this delicious, sweet twists into your mouth faster!

Making these twists is very similar to making cinnamon rolls, differing slightly by forming the dough into a long rectangle (6×24) that is not as wide as the traditional cinnamon roll version.

The heirloom recipe had some illustrations to show how to form the dough. Here is a quick updated version in how to assemble the dough.

Check out some of my other favorite sweet breads:

Bring sour cream to a boil in a saucepan, stirring frequently.

Remove from the heat and whisk in the shortening and sugar and mix well to combine.

Whisk to continue to cool mixture to 105 degrees.

Whisk in the yeast and allow to sit 5-10 minutes.

Combine the brown sugar and cinnamon in a small bowl and set aside.

Line two baking sheets with parchment and set aside.

Add in the flour, salt, and baking soda in a stand mixer with a dough hook.

Pour in the cooled yeast mixture and egg.

Knead the dough till it comes together and a smooth dough is formed. If the dough is dry, add up to 3T water (TBS at a time) to get that smooth dough that is needed. The finished dough should be smooth and not sticky.  (I found the dough was a bit dry and I added 3 TBS water).

Flour a work surface lightly with flour.  Roll the dough into a 6×24 rectangle.

Place the brown sugar and cinnamon mixture all the way down on one horizontal half of the dough.

Fold the other half over this mixture and seal the end.

Slice this long rectangle of dough into 1″ vertical slices for strips.

Twist each strip slightly to get the spiral effect.

Place a kitchen towel over each baking sheet and allow to rise about 1 hour.

Preheat oven to 375, brush each twist with melted butter.

Remove from oven and brush with more melted butter.

Glaze the twists with powdered sugar icing when cooled (optional). 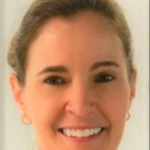